Howdy folks! Another month goes on by, but fortunately some save and grace it seems regarding the Coronavirus pandemic and the success of the UK’s vaccine rollout. I’ve been keeping my head down with work especially as the business continues to develop and grow. We’re in-fact recruiting for 2 new roles within the work of digital marketing. Clients remain very ‘clienty’ (the usual expecting things yesterday type mentality) but glad to be busy. End of year financials have now passed, and we saw an 18% growth in turnover from April 2020 to now April 2021. I’ve completely busted my foot up and have been recovering over the last 3 weeks. It’s the first time I’ve ever injured my foot and I went through all the usual emotions of “everyone takes walking for granted!!” as I lay in bed not able to bear any weight on it. The pain was pretty intense as well – swollen, red and on strong painkillers (Naproxen). Believe it was peroneal tendonitis and lack of flexibility in my calves that caused it. 2-3 weeks of resting I can now hobble around and go to the shops, but need to continue in stretching. I had foot drop as well during that time period (now I can raise my foot, but still feels weak) and what a strange sensation that is. It’s slowly getting better, but being quite an active person it was generally quite tough for me to not have that mobility.

I’ve lost a total of 24kg on our lifestyle change so far. I’m looking to lose an additional 17kg to get me to 90kg (14 stone). We’ve been home cooking so much more recently and by home cooking, really I mean from scratch (everything) and not using any processed foods like sauces, jars, even bread. I’ve cooked my own bread using almond flour, made some lemon bars (which are incredible), our own ice cream and so much more (even sausage rolls). There are loads of creative recipes online. Here’s a quick picture of the bread proving: 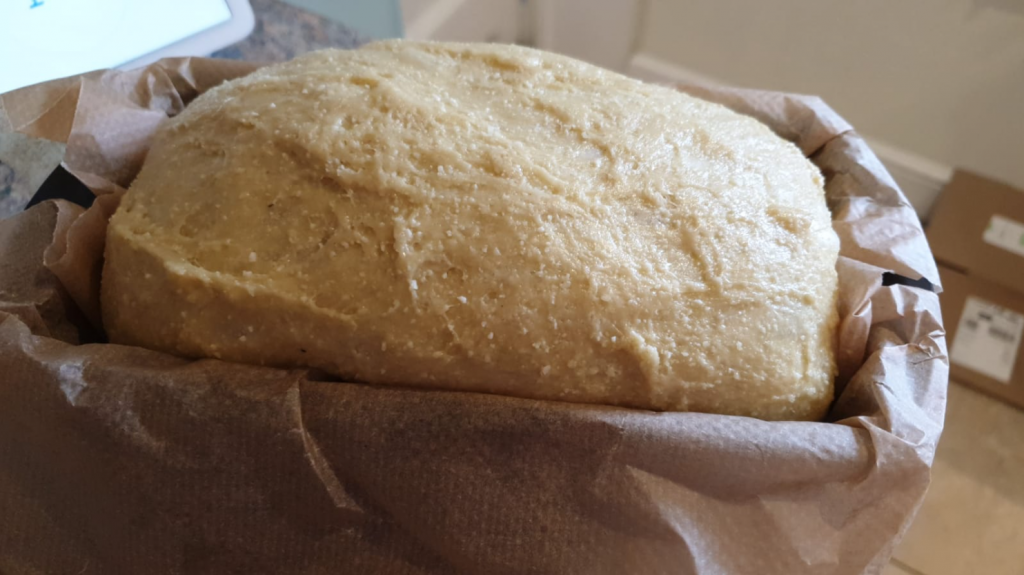 We purchase our meats now from a company called ‘Primal Meats‘ who promise grass-fed and grass-finished produce. Fantastic service and prices are definitely reasonable. We shop mainly organic now which has raised the food bill of our weekly shop somewhat (by about £20-£25 p/w), but I’ve been a firm believer in not putting a price on a healthy lifestyle.

It’s really worked well for me personally this change up and significantly reducing carbohydrates whilst increasing in *healthy* fats. There is a grey area between ‘dirty’ and ‘healthy’ keto, and we’re focused on the ‘healthy’ keto – obtaining our daily fat intake from avocado’s, omega-3 rich sources.

Unfortunately against many of my FIRE principles of spending money, we are going to need to improve our house on various bits and pieces this year. This is the issue with purchasing a house that was built in the 1830’s. Structurally sound, just snags and improvements from the previous owners which have really led to various issues building up.

The roof is more pressing. Numerous tiles slipped, very little insulation in the roof and no felt installed underneath the tiles. It was very much done on the cheap and I wish now our surveyor picked up on this beforehand, but hey ho we live and learn. Besides the location we are super happy with and perhaps the coin fell short, and it’s our turn to now put into it.

Our bathroom (main) needs a good chunk of work on it. Just lots of little snags that are now starting to build up, so we’ve decided to get it totally refurbished.

We’ve been looking at getting an air conditioning system for our home office. The reason for this is our home office is essentially located in the attic of our house and thus, in the summer it’s amazingly warm. We’ve looked at the Powrmatic systems, which are the sort of system you find in hotels. Supposedly the cooling and heating are good and you don’t require a huge condenser unit put on the outside of the building, instead just 2 vents drilled into the wall for vents. We’ve had a quote for £2,400 to install and supply, which is slightly more expensive compared to a traditional unit, but a lot cleaner and visually more aesthetic.

So how have those financials been looking for the month of April? Well, it seems that the world is going up and away again as I’ve certainly seen one of my most profitable months yet!

Income for the month has been substantial and way more than I was expecting and I do have to pinch myself to actually realise how fortunate I am. This is due to the end of the financial year and thus any dividends that the business pays out is done in a bit of a lump sum. So I’ve dropped it all into my ISA almost filling it up for the year in a single month!

Ouch, a slightly higher expense for the month, mainly due to the tax bill that I pay in advance. I have to pay various tax bills throughout the year, typically a one off payment in January and another in July. I’ll be chipping away at the July tax payment to take the sting off the payment due in January 2022.

I managed to tuck away £17,000 into my ISA for the year. I really wanted to try and get it filled up in one month, but just couldn’t squeeze it through, so it’ll be during May which will lead to the celebratory blog post! £600 got tucked away into my pension plus the Gov tax benefit and also £150 into Premium Bonds.

The future is looking bright given and my goals are starting to align up and come through for the year of 2021. My original aim was to save to £250,000 for this year, but given the growth of the business and way things are going, I’m thinking of raising this to £300,000. It’s going to be a big push for me but certainly one that I’ll be able to celebrate greatly at Christmas!

Now my accounts are starting to build up a pot, I’m hoping that things are going to become faster and faster in achieving my next egg target. Speaking of which, I haven’t really spoken about before I don’t think?

My Opinion of Comparison in FIRE

Opinion: We all have different FIRE numbers and incomes / savings / way of living and when I see the odd comment pop up on Reddit of someone who is feeling a little demoralized that they aren’t earning as much as person XYZ it does kind of get me thinking. I’ve never really been one for comparing – I don’t think psychologically it’s a good route to even consider or think about how someone else lives, works compared to yourself. You’re not them and they’re not you. Instead, my train of thought has always been on improving myself and my own goals and I would hope that any success / achievements I share on this or with friends and family they can collectively share the same excitement.

The comparison of thought between one another savings amount, rate or how much a person earns is essentially the same thought process as keeping up with the Jones’ that old saying of ‘stop spending money on things you don’t really want and no-one cares about to keep up with your next door neighbours’, but still it happens so regularly in the FIRE community in comparison against earnings and savings.

For me, as much of FIRE is not only saving and investing wisely, but also the psychological benefits of teaching you to see through societies marketing and supposedly ‘normal’ way of living which is debt up to your eyeballs. This is what should surely matter in the process?

I’ve re-done my numbers and generally my thought process is as follows:

Has anyone else considered their ‘wiggle room’ in their calculations? I’m sure there’s some fancy term for it (hah!)